Bridging the tech diversity gap with Women In Technology

Two of the world’s four most powerful countries have a female leader, and next month Hillary Clinton could make it three. We are living under a record-high number of simultaneous female world leaders. But just as politics has the capacity to shape the world we live in, so too does a 30-year-old “internet industry” which is disrupting everything we’ve come to know about the world – from the way we shop to the way we wind-down.
Women occupy just 17% of tech jobs within this industry in the UK. It seems that while the internet and tech sectors have grown in importance to the world’s economy, the gender imbalance hasn’t.
Did you know that the first computer programmer was female?
Her name was Ada Lovelace and her success, passion and vision for technology led to her being named the “enchantress of number”. She’s still a powerful symbol for women in technology today.
October 11th 2016 marked eight years since a celebratory day was founded in her name, aiming to raise the profile of, and celebrate women in science, technology, engineering and maths, catalysed by a worry that women in tech were invisible…or just non-existent.
Are women in tech invisible?
While women account for more than half of the users of technology products and websites, according to a 2015 report by the National Centre of Information & Technology, only 25% of the computing workforce are women.
And, although Facebook tops the tech industry diversity table with a workforce made up of 33% women, only 17% of these are responsible for more technical roles. Twitter have a 70/30 divide with men accounting for 90% of all technical roles (The Guardian).
They have since set goals to change this ratio.
Co-founder of Lastminute.com, Martha Jane Fox, famously said in 2015:

Events like Women In Tech Notts hope to change the number and proportion of women in technical roles, and we’re in full support.
Supporting and inspiring women
Women In Tech Notts is a monthly meetup which is now reaching its ninth month. It’ss aimed at women in all areas of technology, from developers and testers through to engineers, digital marketers and those with an emerging interest in tech.

Speakers come from far and wide in support of the event, from various backgrounds: entrepreneurs, hackathon organisers and charities right through to tech companies (ahem).
It’s had overwhelming interest and support and is now moving to new premises, fittingly just over the road from our own.
We’re proud to be supporting such a worthwhile venture and one which we hope will continue to drive diversity and innovation within technology companies similar to our own.

Where and when?
The next event takes place on November 3rd at 7pm at Accelerate Places, The Poynt, Wollaton Street. RSVP here. 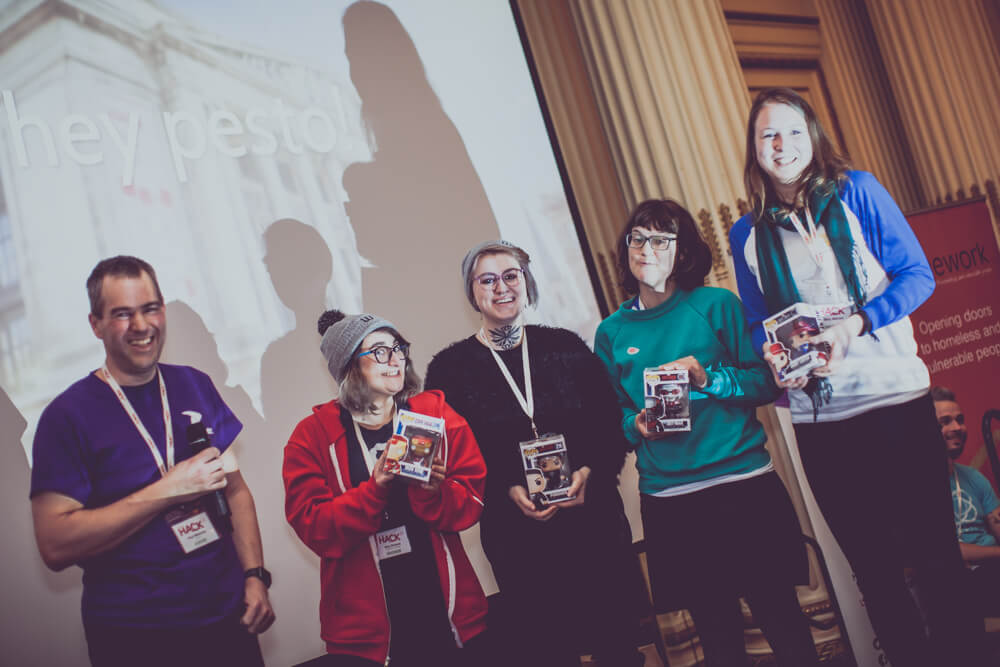 First, a quick note about why we support hackathons. One: it's really important to give back to our