Should customer satisfaction have an impact on your pay packet?

Recently, an Esendex customer started using SMS Surveys as a means of gathering feedback from customers who’ve recently taken at taxi journey.
They’re using the results of these surveys to calculate the amount of bonus awarded to each taxi driver, which got us to thinking: in a culture where the customer is most definitely king, would more organisations benefit from staff incentives based on customer satisfaction?

How important is customer satisfaction when assessing good company performance?

Sourced from The High Pay Centre’s white paper on Performance Related Pay, this graphic illustrates that directors at least say that customer satisfaction is the most important metric for assessment.
But the same report goes on to list the following factors as determinants of performance-related pay:

This is backed up by further research from the annual Aon Hewitt’s Salary Increase Survey:
So while lip service is being paid to customer satisfaction as a measure of performance, in practice the emphasis is still overwhelmingly on financial measures.

PRP is becoming more popular as new digital methods for measuring output become available, but it remains easier to measure the output of a factory worker or sales executive than for a teacher or doctor.
The public sector began phasing out automatic incremental pay progression in 2015. This is the process by which pay rises are awarded based on time served, in the perhaps naïve belief that time spent in a role always increases competence, and so additional pay is merited.
Although public sector organisations now have the power to withhold incremental increases, very few do, “as there is a culture of people moving up the pay scale irrespective of their performance” (Source). This can have a negative impact on morale, with employees feeling that regardless of their efficiency and productivity, they will receive the same reward as their peers.
So, on paper, PRP appears to reward the most hard working and skilled members of a team. In practice, it’s been blamed for “emphasising quantity over quality, overusing machinery, breakdowns in team work… extra stress on the job, and poor health” (Source).

It’s open to debate as to whether monetary gains are really what motivates people to perform well at work.

The famous motivation study by Herzberg suggests that achievement and recognition are far more important for job satisfaction than pay.
Not dissimilarly to company performance, financials take centre-stage, belying the body of research that points to customer satisfaction and employee achievement as the most important factors.

Could company performance and staff motivation be improved by customer satisfaction-related pay?

As Aon Hewitt’s research shows, more emphasis is being placed on customer satisfaction as a means of measuring a sales person’s performance, and, as our original example demonstrated, this can be applied more widely to any customer-facing role. 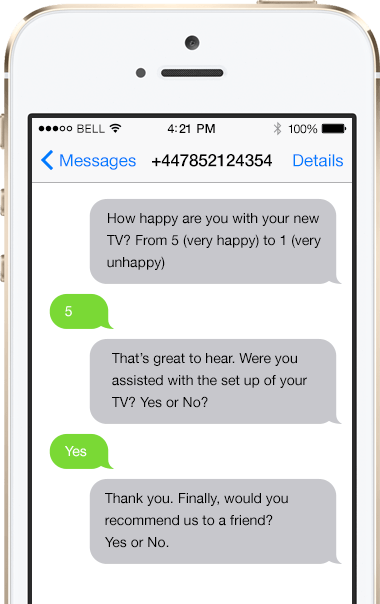 Practically speaking, gathering customer feedback is more cost effective and quick than ever before; SMS Surveys are particularly effective, garnering 3 x more responses than surveys delivered via an app for our customer.
Customers who’ve just completed a journey, or interacted with a call centre agent; received a parcel or had engineering work completed; received medical attention or completed a training course – any and all of these scenarios could be measured for satisfaction with an SMS message asking for a rating out of 10, or a Yes/No response.
That data can be fed back into a CRM system, resulting in either a financial implication for the person or team responsible, or an outcome of an award, promotion or simple recognition of a job well done.
The company wide results can then be collated to give the C-Suite an indication of customer satisfaction as a whole, which feeds into future sales projections, and helps identify areas for improvement.
A lot of organisations talk about putting the customer at the centre of their world, but implementing this practice would enable that to become a reality. It’ll be interesting to see how many more companies adopt this measure going forward – and we’ll keep you apprised of progress and set backs as we learn more. 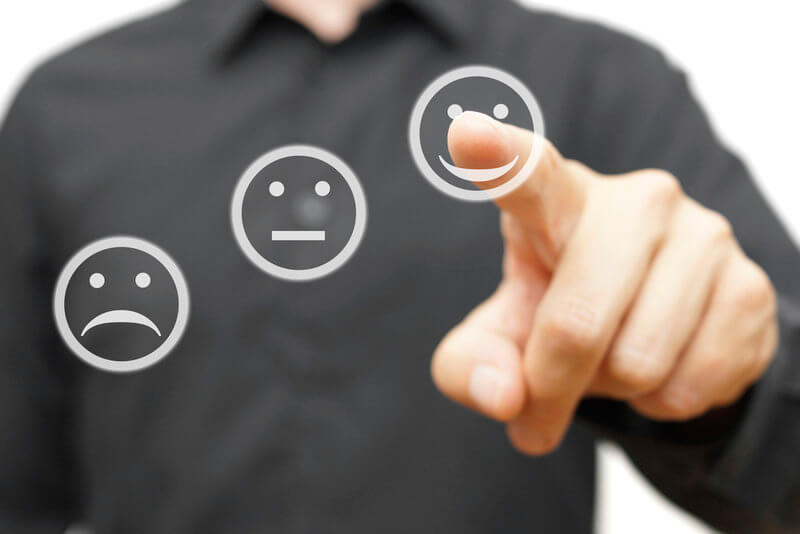 The power of instant feedback with SMS Surveys

Research and insight are key to building a sustainable business, regardless of your industry.  Inc.com

Possibilities of SMS with Zapier

Having the power to automate your communications with clients, customers or members of your team, whether 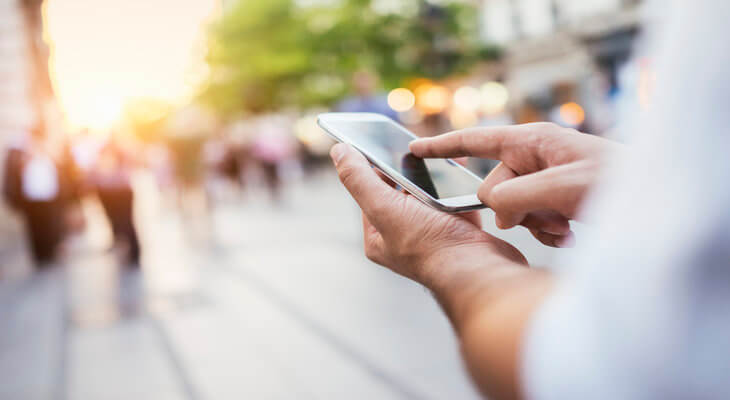 When you want feedback fast, SMS Surveys work harder than any other platform. 93% of us have a mobile