3 ways to stem the tide of energy company complaints

Utility Week today reported that one in six (17.4%) of dual fuel customers is now with an independent supplier, a growth of 9% each quarter since 2015.
This follows Cornwall Energy’s analysis that 2015 saw the highest number of households switch energy suppliers since 2011, and 40% of those migrated to independent suppliers. It’s been facilitated by recent Government reforms; in 2010 there were just six energy suppliers, but by 2015, there were 31.
This has been widely regarded as a positive move by industry commentators and the public:

“The Big Six have repeatedly failed to deliver a decent standard of service so it’s no wonder customers are starting to leave them in droves.” – Richard Lloyd, Which?

But are the smaller energy suppliers able to deliver where the ‘Big Six’ failed?

Well, maybe it’s not quite as easy to satisfy customers as it might have appeared. Uswitch recently reported that almost four million energy customers were overcharged in 2015, with the most common reasons being:

Fortunately for consumers, the Citizens Advice Bureau publishes an energy supplier performance league table every quarter, comparing how energy companies rank on handling complaints from best to worst.
Their January-March 2016 report showed that of the worst performers, eight out of 10 were small suppliers.

“Some suppliers have again proven they’re effective at dealing with customer complaints while others lag far behind.” – Gillian Guy, Citizens Advice Bureau

It appears that the smaller energy firms grew too quickly, without the resources in place to handle large volumes of customer complaints. The quick fix? More contact centre agents, with Extra Energy hiring over 150 new customer service staff.

That doesn’t address the cause of the complaints, however.

From personal experience, we’ve identified three ways in which energy suppliers could improve their communication to customers, and in doing so, stem the tide of billing errors which lead to complaints.

…When requesting meter readings, for example. Emails fall through the cracks, and the volume received means that even if your message is seen, it’s likely to be forgotten. A well timed SMS or automated voice call is less easy to dismiss, and considerably less expensive than sending an engineer round!

Receiving a ‘please provide a meter reading’ message on a Monday at 11:47 AM is unlikely to result in immediate action. A CRM system tied to your communications platform should enable you to identify the best time to contact people based on their age and occupation, improving the likelihood that they’ll be home and able to supply the data.

Equally important is that your web page, to where customers are directed to enter meter readings, is mobile optimised. Customers need to be able to see, clearly, which fields on your form relate to which dial on the meter, and to be able to complete those fields quickly and easily from a mobile.

We work with some of the best performing energy companies in the country, and have over 10 years’ experience delivering intelligent multichannel communication strategies that deliver an exceptional ROI. Call us on 0345 356 5758 to talk to our Utilities team.

Earlier this week it was announced that a hefty fine of £18m would be dished out to Scottish Power, 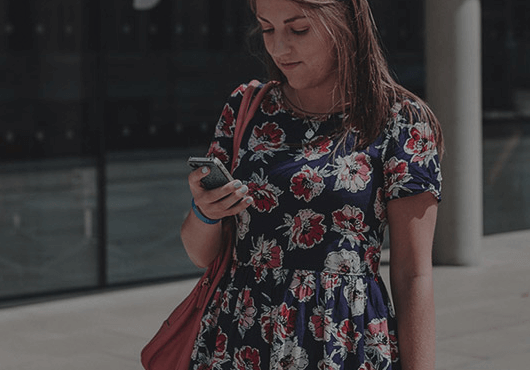 When asked what impacts their level of trust with a company, consumers ranked excellent customer service