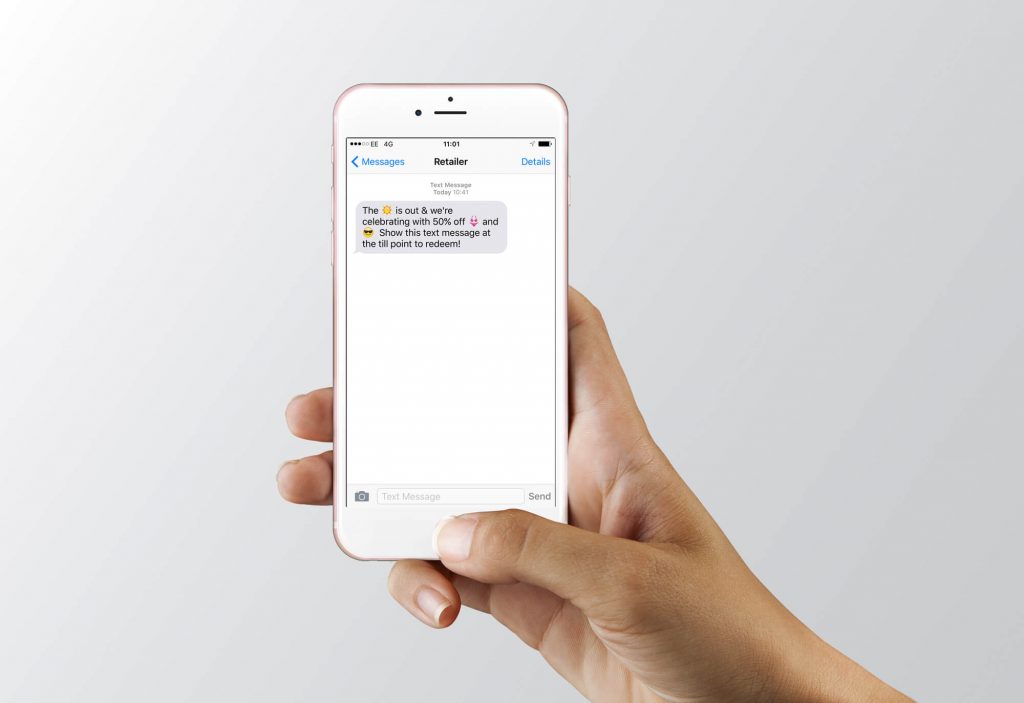 How do you express your emotions when you can’t find the right words?
As #WorldEmojiDay trended on Twitter yesterday, many of you probably missed it, out enjoying the fleeting signs of the British summer! But there’s certainly something to be celebrated; emojis have turned the corner from silly to serious – and now there’s a precedent for any brand marketer to turn their Emoji game up.
During the annual celebration of the Emoji, many brands from Sky and the BBC through to McDonalds competed for prominence for the brand engagement the colourful visual language offers. 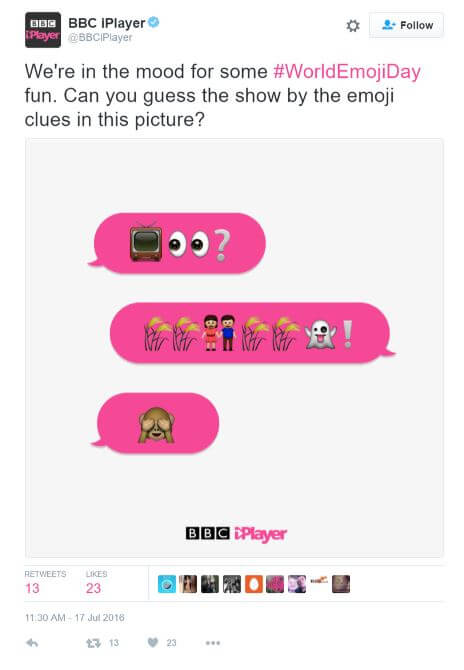 Once known as the emoticon, the little symbols that began as mere happy and sad faces have now evolved into people, animals, vegetables, occupations and household items. If you can’t find an emoji for what you want to say – yet – there will definitely be designers somewhere to fix that problem, with new emojis released periodically.
Psychologists have proven that emojis play a pivotal role in human communication. Detecting tone when reading words in any language, particularly over a text message or email can be difficult.  The emoji and visual clues that they offer for the tone of the message have probably saved countless relationships between humans… Which is why they’re so celebrated!
But what about brands and their customers?
Don’t think that the mere addition of a 🙂 in your bulk text messages will means your business gets more love, but it could help.
35% of consumers report never having received an emoji in a brand message (Appboy), which seems to be a wasted opportunity when you see the conversion rates for Emoji campaigns sent in an email or text message (135% year-on-year).

43% of consumers aged 25-44 years-old think it is fun when brands use Emojis in messages. (Appboy)

People love emojis, 92% of the online population use emojis, and 64% of consumers said they either like or love emojis, and are open to receiving more of them in marketing. It is the perfect opportunity to grab someone’s attention, make your relationship more personal and it’s fun!
Whether you’re marketing a new addition to the menu at your restaurant, your latest Summer bikini collection in store or want to collect feedback on service with a simple “thumbs up” or “thumbs down”, you can.
But emojis aren’t just about marketing.
For those too lazy or “hungover” to pick up their phone, Dominos have created “emoji orders” where users simply text the emoji pizza icon to their local Dominos who will then make up the user’s favourite order, based on previous visits, to your doorstep.
Yesterday Barclays released their financial-service-themed emojis for World Emoji Day which signals a new market is opening for the language – not just for the financial sector but emojis for those more difficult conversations where a loan is needed or money needs to be repaid.
In the wake of the American presidential election, The Huffington Post has also now ramped up its competition against other news publications by appealing to mobile-first consumers by including an emoji keyboard which puts a more humorous spin on the election.
While sometimes silly and usually fun, the emoji isn’t as easy to overlook as it once was and might just be changing the way brands, consumers and people interact.

So, how simple can it be – Unicode!
If you want to start your belated celebration of emojis now, it’s quite simple with Esendex SMS through the addition of Unicode which is available in Echo and Echo for Email.
A typical text message is sent using GSM characters which allow a maximum length of 160 characters. What Unicode uses is UCS2 code which uses up a few extra characters to enable messages to be sent in language characters such as Russian,Arabic, or in this case, emoji characters.
The great thing about Unicode is that Apple, Android and Blackberry smartphones all support it, which means grabbing your customer’s attention is simple if they have a smartphone.
Imagine the sentiments expressible.
Here you can find a list of the most commonly supported Unicode characters which can be copied and pasted into Echo – just remember to enable Unicode. 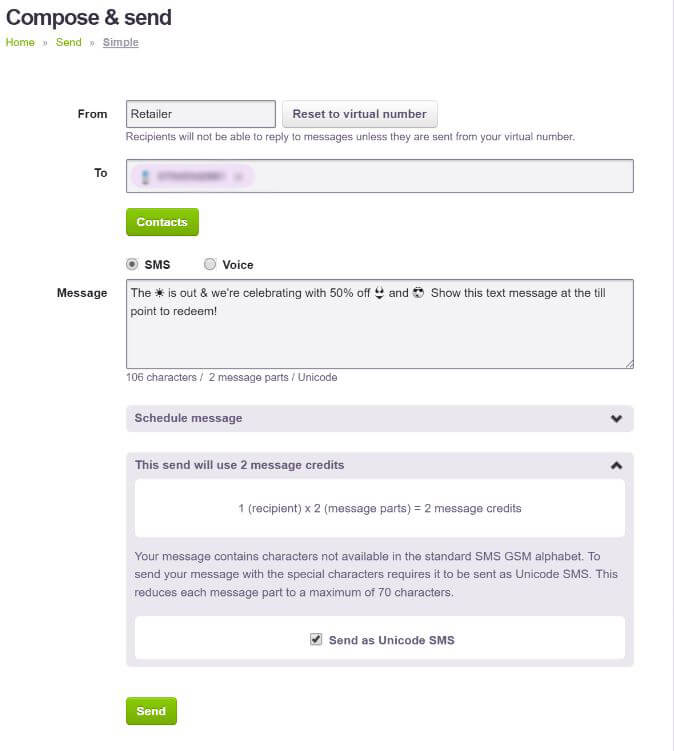 No matter where you go, it’s impossible to escape talk of social networking sites. Newspapers are littered

SMS services for the deaf and speech impaired – are you compliant with legislation?

There’s a lot of forces at work which are driving SMS usage, and government legislation is one of them.

Indian government bans SMS for the next 72 hours

Further proof, if it were needed, of the global power of text messaging comes from India, where the government