The 12 ‘merry’ myths of Christmas

Losing sales over the Christmas period due to some common marketing myths is the last thing you want. As a holiday celebrated by many and marketed universally, many marketers have become guilty of grouping Christmas shoppers together. But not all consumers have the same shopping habits.
As the popularity of retail spending has gathered pace over the years and in the lead up to Christmas here are some common misconceptions that have been made, and we bust them for you just in time for Christmas:
Myth number 1: Shoppers don’t convert on mobile
Consumers aren’t just window shopping on mobile. Almost 55% of ecommerce transactions within this quarter, came from smartphones. (Marketing Land)
Myth number 2: All millennials do Christmas shopping online
While many millennials have grown up embracing online shopping and socially motivated purchases, for many, Christmas shopping is a good opportunity to catch up with friends and relatives while shopping on the high street. (OMDUK)
Myth number 3: Manic Monday exists
The last Monday before Christmas is often hailed as being the busiest shopping day of the year. Retail analysts predicted 15 million shoppers would head out on the final Monday in 2014, but it’s no use holding out for the last minute shoppers. Be consistent with your marketing and spread out your messages.
Myth number 4: Christmas shopping gets later every year
No marketers can neatly segment customers into early or late shoppers, targets usually get more optimistic year on year, so this myth is a common misconception. 3 in 4 Brits always start their Christmas shopping before November and 10% during the Summer months with a staggering 80% of shoppers having bought their children gifts by the end of October.
Myth number 5: Consumers ignore brands on social media over Christmas
Each year, Facebook continues to hold its own as one of the most visited websites in the world on Christmas Day, whether it’s boredom or consumers just on the hunt for post-Christmas bargains, brands on social media should not switch off.
Myth number 6: Men are always the one who last-minute gift shop
By the beginning of November, 43% of men have already purchased one or more gifts compared to just 30% of women.
Myth number 7: Mobile users mostly use their devices when they’re out and about
Don’t rely on mobile just to reach your customers on-the-go. SMS survey can increase response rates exponentially suggesting that consumers love being able to respond from the comfort of their own home.
Myth number 8: Shoppers impulse buy at Christmas
In fact as 64% of UK consumers buy most of their gifts online in 2017, the popularity of wish lists and electronic lists is believed to have reduced impulse purchases over the Christmas period.
Myth number 9: Next Day delivery is at a high
The fact that UK click & collect sales set to soar 55.6% to 2022 is enough to debunk this myth. And 83% of people are willing to wait an extra two days if it means they get free delivery, which in turn seems to increase volumes of orders. (Marketing Donut)
Myth number 10: Holiday shoppers wait until the Boxing Day and January sales
The days of the ‘January sale’ may no longer be such a one-off sale phenomenon with the likes of Cyber Monday and Black Friday ruling the retail spends pre-Christmas but Boxing day still remains the most popular sales event in the UK. Many businesses are now also hosting Christmas sales to bring in high street shoppers in the days before Christmas…
Myth number 11: Consumers stick to Christmas lists
Linked to myth number 8, for those shopping on the high street it is estimated that buyers’ average 3 impulse purchases for every 4 Christmas shopping visits, and those who walk to the high street are guiltier of this.
Myth number 12: The later the promotion, the more memorable
49% of marketers launch their Christmas campaigns before Halloween with planning starting as early as June. Mobile accounts for 24% of such plans. So 49% of marketers can’t be wrong!
If you need information or advice of your Christmas marketing and beyond, there’s still time, call our team on 0345 356 5758 for information and advice.

5 ways you can make your customers' Christmas sparkle!

Wishing you a Merry Textmas!

Have you forgotten to send your Christmas cards out this year? Not to worry - why not send a Merry Textmas 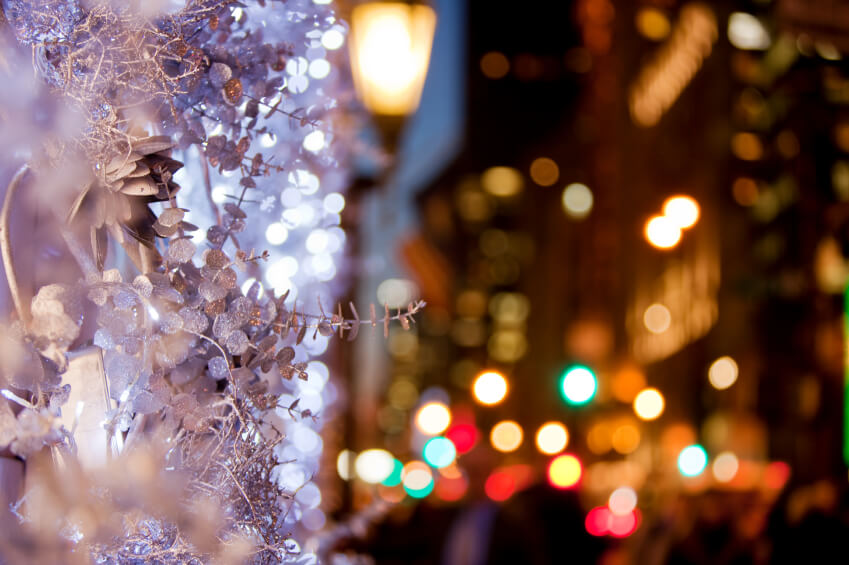 As a business, you've probably  made preparations for Christmas but what about the short period after?